Finally, 4 days after delivery I finally get my Raspberry Pi powered up and functioning! 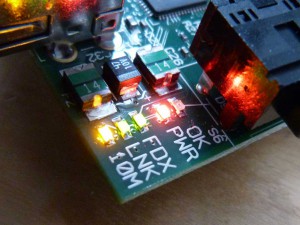 First off, Debian Squeeze was installed, Samba added and worked out what is could, or could not do. Then it was about deciding what to do with it, first thoughts were a web server to host this Blog, but that was quickly solved by my other purchase of 4GB RAM for my Server.

The second choice was a media server, initially this looked dubious considering its performance when running Debian. But a bit of research yielded a program called xbmc, which in essence is a Linux version of Windows Media Centre. Further searching revelled a new project called Raspbmc, I thought I’d share this:

Raspbmc is built on a custom Linux platform that boots straight into xbmc and so acts as a purpose media player exclusively for the Raspberry Pi, and is tailored to new users not up to scratch with *nix. So much so it installs to a SD card via a single click of a program running in Windows or Mac OS X.

So far it is in Beta stage but stable, it is clear that the xbmc software on which it is based is designed for more powerful hardware than a RPi, the menus can slow and seem jerky if requesting menus in quick succession, but video playback is unaffected and is just as smooth as my Intel Core i7 laptop.

For now it suits me fine, the Pi as a media player is excellent for my needs. The fact that a quick swap of the SD card changes it from media player to desktop means I still explore Linux through Debian without messing with my current setup.

When installing WordPress on a fresh new server, you may notice that all uploading is limited to 2MB. A search online reveals that this gripe is well discussed. However most solutions are tailored for users who rent dedicated WordPress hosting from companies.

For those of you who are using your own server, navigate to the file php.ini located where the core php installation is, normally in the Program Files/PHP folder in Windows.

From there, edit php.ini using Notepad or similar, changing the following values:

Check back on your WordPress site to see if the change has applied:

Last night after months of waiting if finally got my hands on my own Raspberry Pi. 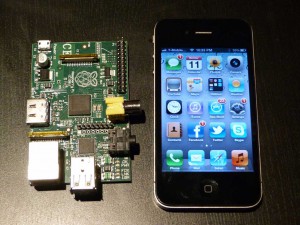 After the initial jumping on the bandwagon I needed to turn my attention to figuring out what I will do with it. Initial thoughts (After playing and seeing what it can do, of course) was to use it as a media player for my TV, since my thirst for high definition mkv files outstrip not only my TV but my XBox for playback.

Second thoughts is to use it to power this WordPress blog, quick reading online speculates that it may be a challenge but is achievable. Something to think about, but only after I get bored of it, no point having a web server that I’m going to fiddle with (brick!) constantly.

Shall keep you posted on my relationship with the Pi!

This website has received yet another update, and now I am happy with it.

The biggest change was to change the blogging software to WordPress. Although my previous software (BlogEngine.net) was built on ASP.Net and SQL Server, my current choice of language and database that I am most familiar with, I felt that BE was way to bloated and it felt unrefined for my needs.

So I went with WordPress, it seems most blogs I read use this and they look slick, to I wanted a piece of the action. This meant installing PHP and MySQL on IIS, something I really did not want to do due to the resource hog on my server, but I bit the bullet and ordered more RAM for the server.

Welcome to the blog of James Batchelor!

This blog is here mainly to accompany my other website over at diyhomeserver.co.uk. There you have a guide to building, setting up and enjoying your own personal home server, while any updates and new tricks I learn from the net will appear here.

Apart from that, this blog will also house my usual ramblings about the world and just what I find absolutely absurd about it.

Feel free to check in, maybe you will find something interesting and new, but probably, you will work out how different we really are.